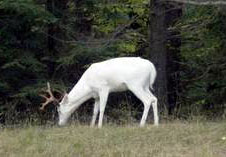 There are many realities.  No one knows how many.  The longer I live the more certain I am that each individual sees, feels and hears a different world.  Even if they agree about certain things within their family and tribe those things are not exactly the same for everyone.  This is my arrow! In the Shamanic world, the arrow travels through air, earth, fire and water and many dimensions.  This year is about remembering how to be an arrow.

One of the lessons I remember from childhood, although without the strength it once had, is that reality is not singular.  From this time forward I pledge to focus my attention on this awareness.  What is personal reality?  How separate is it from cultural reality and creational reality?

When I was perhaps seven years old I was a very lonely child.  There was a particular plate that I used for every meal. That plate became a being.  I don’t know when this began, or why I chose that particular
plate.  It was a goldish color with a floral design.  It had some wear on it and I remember a chip on the edge. Although it had been in the household a long time I suddenly chose it.  I was the only one allowed to use it and I washed it myself.  It took on my spirit and became a living entity in my heart.  My mind knew that it was just a plate but my heart overruled my mind.  There was something happening that gave me comfort and belonging.  Then one day it slipped out of my hand and shattered on the floor.  I was heart broken, mourned it for days and felt guilty for its demise.  One night, lying in bed after all the lights were out the thought suddenly crossed my mind that in some way I had created life in that plate and that God creates us in a similar way. It was a transfer of spirit.

Scientific Materialism is the current orthodoxy and yet it isn’t supported by cutting edge scientific exploration.  Perhaps a lot of the confusion arises because we humans still believe that spirit and matter are not connected.  Materialism is always looking for the material explanations of life, what it is and how it started, etc. But it’s not possible for us as beings to understand our origins beginning from the low end any more than it is possible for a cell within the body to understand the whole of the body.  This is starting at the wrong end. Once long ago, when my belief in the God I’d been brought up to accept was collapsing a sudden awareness quietly crept in the back door of my consciousness.  It is God’s belief in us that is effective not the other way around.  We are the creation of beingness beyond our understanding but not beyond our experiencing. Experience is the key word.  And yet experience isn’t trusted because it can be altered by anything that effects our physical system.  We can be the victims of hallucination, and so on.

But isn’t any belief a prejudice that filters out certain ideas and experiences in favor of others?  In this way we are inevitably co-creators of the world we live in. Scientific Materialism has its own orthodoxy that is as limiting as the one it replaced.  Concentrating on the interwoven geometric patterns on the walls of a Moorish Mosque is a quick way to experience how the mind moves among realities. The longer you focus your gaze on these patterns the more they shift and change and reveal new patterns.  Is any particular pattern more correct than the others?  We humans choose a particular correctness, I believe out of the need to agree on something. It keeps us from going mad in the confusion of constant flux.  In this way we are creators of our own reality even if unaware of our role.

All religions have two sides.  One is all about the agreed upon viewpoint that will be held and defended as orthodoxy, (including Scientific Materialism) and the other is the invisible but life giving link to the underlying creative chaos.  The essential nectar of the Gods and power of creation seeps up from the hidden side. Right now I’m struggling to find words to express the essence of being and am immediately faced with both the magic and limitation of words. Isn’t this a metaphor for all structures?  Structure is stricture. Nothing can be caught and harnessed in the mind without words and yet words alter and tame the very reality they attempt to catch.  The force of being itself comes from the hidden, feared underside. And yet that is of little use to us if we don’t catch it and render it immobile for that moment it takes to put it into perceptible form.
Posted by Marti Fenton White Deer Song at 1:26 PM