“Your state of consciousness will determine the outcome of any situation. Let the forces do you. It is not you living your life. It is you witnessing your life." - Brugh Joy.

“Life is a series of natural and spontaneous changes. Don’t resist them; that only creates sorrow. Let reality be reality. Let things flow naturally forward in whatever way they like.”― Lao Tzu, Tao Te Ching, 604BC – 531BC

I’m lonely. It’s been a long time since I’ve been present in my own company. That is, the person that holds the memory and directions to the most beautiful and significant experiences, has been completely out of reach. I’m not proud of this, yet it is also a learning experience. I am redefining peace in a more inclusive dynamic way. In our cultural environment, typically we define peace as the opposite of conflict. I’m now seeing it as balance; that is the ability to maintain one’s place at the quite center of a world that swirls around me with great speed and force. 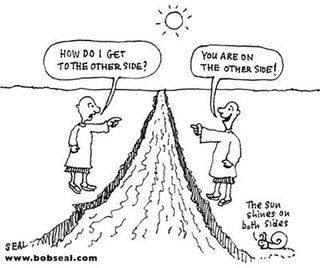 A few weeks ago, or maybe it was a month, I plunged into a strange grey stasis in which I couldn’t remember things I know well, although I remembered certain mundane routines and places. In other words, the higher mind departed to an unknown galaxy, leaving me alone with the grocery list, bills and the old furniture in this small house. All imagination and insight left on the wings of butterflies. This is what my inner witness experienced and now wishes to explore.
I’m attempting to describe this experience without judgement while admitting that I didn’t want to spend any time there beyond what both inner and outer teachers foisted on me. I now suspect that some significant internal alterations are in process. I’ll simply observe the unfoldment with faith that all will be revealed at the right time.

For several years now, I’ve had one peculiar experience after another. Two years ago, I found myself moving in and out of the normal 3D experience, often hearing conversations in the next room between people who are no longer among the incarnated. Sometimes it would take several minutes before it occurred to me that these individuals had been dead to this dimension for several years. I wasn’t listening in on anything profound, which is probably why it didn’t grab my immediate attention. It was often everyday mundane chitchat. Only later did it occur to me that the normal course of time was confused, and past present and future were scrambled like whites and yokes.

Also, memories of times and places buried for years would suddenly crash through the present with such intensity that they took my breath away. It was as if I could step out the front door and be in various locations that are now completely out of reach or nonexistent in the 3D world. Without warning Time would stop being consecutive. Now I’m wondering if I was getting a preview of coming changes in the proficiency of time.

Those experiences were curiously interesting even though I couldn’t then nor can I now think of any advantage they lent toward enlightenment or insight, and no, I never doubted a reality that isn’t nearly as stable or predictable as we usually assume. I’ve come to believe the familiar house of mind with its neatly organized rooms was a convenient illusion, although necessary for everyday functions. There are other strange rooms I haven’t visited although they have always existed.

I suspect that my higher mind is trying to give me a heads up on something important although I don’t see the big picture yet. A few times this past winter I experienced the opposite of the dimensional expansion described above, a total lapse of my normal intuition and memory. This was a disconcerting yet curious comparison. I’ve always taken continuous intuitive lucidity for granted and its absence caused me to feel blank and confused. My mental GPS wasn’t working and I felt lost and directionless without it.

I’ve been aware for some time that the patriarchal world we have lived in for thousands of years is giving way to a more balanced energy. Although there is much emphasis on the feminine lately, (women’s rights, equal pay for equal work and the Me Too movement) as we enter the Age of Aquarius balance between the genders is the shifting trend. Women can’t further their cause with militant male tactics, but by strengthening the heart chakra. Even conventional science is learning that the heart does much more than pumping blood and actually has an intelligence of its own. It communicates with the other organs and guides our instincts and intuitions.

This seeming setback was disappointing after keeping a peaceful and centered state of mind through recent challenges to find myself perceiving the surrounding environment with exhausted senses. Even the vigas on the ceiling seemed ugly and oppressive, my garden was drab, and my beloved Cottonwood tree seems to be dying. On the way to the post office, the whole town seemed to be collapsing in on itself. The usually familiar environment seemed stuffy, and unbearably confining. I craved a fresh breath of air and rushed outside, but there was no outside. Then, I knew that the suffocating confinement wasn’t about the surroundings. It was a state of spirit. It reminded me of Carl Jung’s experience in the weeks following his near death experience after a heart attack. His family said he was disappointed and grumpy for weeks and resented being yanked back down to this cramped drab world.

A number of spiritual teachers have indicated that this planet, as a whole is moving from a third density world into a forth density world, and I’m wondering if these odd experiences and states are the spasmodic results of transitioning conditions of being. Just because something seems strange doesn’t mean it isn’t natural. Perhaps we are being bumped up a notch in creation. Integrating the heart chakra that mediates between impersonal reason, self-centered instinct and ego driven ambition is a key to success of the process. Without heart, we become clever rapacious robots. Confirmation of this warning is the goal of some artificial intelligence innovators to create a human replacement that won’t die, as we humans must. This would be a machine with a complex brain, and indestructible or at least renewable body and a perceiving intuitive heart would be unnecessary. Thus, it would take unmodified masculine values to their extreme conclusion.

However, on another channel cutting edge science is itself discovering and exploring the holism of the universe and the ever-shifting relationships among the cosmic celestial inhabitants. “As above, so below” and “As below, so above” is the alchemical principle expounded by Hermes Trismegistus, the first Atlantian, then Egyptian, (Thoth) and finally Greek (Hermes) sage responsible for the a hidden Mystery tradition that has gone underground and come to the surface during the many key transitional times in human history. It is a hidden knowledge that sometimes hides in plain sight in the sacred works of the world’s great spiritual traditions fitting itself to times and circumstances in mythic symbols. It birthed the great philosophers of Greece, the post-medieval Renaissance of art and science and yet resulted in many great minds and hearts being burned at the stake or losing their heads for uncovering divine secrets that threatened to free humans from the robotic spell placed on them by minions of the dark forces of fear and ignorance.

Meanwhile, anyone committed to the spiritual path will inevitably go through alchemical stages of transformation and this will involve direct encounters with those who attempt to control the gates of freedom. This process happens on all levels cosmic, galactic, planetary, national, social and personal. Science indoctrinates us about the age of our planet and the changes it has undergone on the way to its present condition. We typically assume that creation is something that happened in the past yet Science also tells us that the universe is expanding and dynamic. Why would the process of creation end with now?

On this earth ball, light and dark, life and death role end over end through the ages. However, there are tiny deaths, midsized deaths and great deaths and if we pay attention, they are simultaneous with coinciding births of the same proportions. The gestations are often subtle and protected by hidden forces. Transformation is another way of describing the process. Our universe is a dynamic pot of stew. So, why would I always be at peace in such a system? I’m just another of the little rolling balls. Our world is a mess and yet, it is an under construction mess. If only we know to clear the personal and social debris of construction as we go and make it easier for the next generation. After all, our karma both collective and personal may be to clear the mess we left on our previous visit to this planet. For those who have some budding wisdom and whose heart is strong clear and nurturing, we can meet the future on the light side.

I have been writing this while intermittingly watering the garden. It brings back memories of sitting in the shade of an apple tree as a teenager reading some esoteric book or other while managing the water flowing down rows of strawberries and corn. May we continue to move toward life even through the mud.
Posted by Marti Fenton White Deer Song at 7:00 PM 1 comment: