Halloween? Thoughts About the "My Son is Gay” Blog Post

I’m amazed that this blog post got so many responses.  I made the mistake of contributing a comment and now I’ve received and deleted thousands of email comments.  Every so often I read one but I can’t possibly read them all.  I’ve never subscribed to a blog before.  So what is it about this particular topic that created such a sensational response?

Most of the responses are about whether the mom in question did the right thing or the wrong thing by supporting her five year old son in his wish to wear a Daphne costume to a Halloween party.  I won’t take that on right now.  There were several categories of response repeated over and over.  Some where supportive, some were critical and a few were insightful. However, it got me to thinking about Halloween in itself.  Why is Halloween such a big deal? 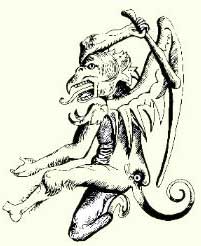 For one thing it is a chance for people to be something they could not be in every day life.  Whether they are angels, demons, glam queens, super heroes, the grizzly dead, aliens, or monsters it’s all about being something not encountered in everyday life.  The crack between worlds or dimensions that Halloween supposedly represents is also a crack between what is socially OK and what is beyond the boundaries of conscientious reality.  Why do people get so much enjoyment in going beyond these boundaries?  It is obviously great fun.  It’s even fun to be scared, if it’s not overdone to the point that we can’t return to the ordinary reality.  We can indulge certain behaviors and desires not allowed in their undisguised form.  But is this all there is to it? I suspect there is more.

For a little while we can exist in an alternative reality.  It is not a reality that the current orthodoxy of Scientific Materialism supports but it obviously has an attraction that is, well, more attractive. The blog post that got me started here is not really about this issue.  I believe it has drawn so much reaction because of the sensitive topic’s of gender identity, social positioning of the sexes and potential religious threats.  But there is the hidden issue of Halloween itself that also includes these topics.  What is it and what is it not?  Especially why does it get so much attention in this modern post religious society?  Of course very few people attach any religious significance to it either pro or con unless they are practicing pagans or extreme fundamentalists.

The door between worlds is supposed to be especially thin at Halloween.  There is something very intriguing about a door between worlds.  The concept of a door is itself powerful.  We go through doors to change where we are to something else.  A literal door opens to indoors from outdoors and vice verse, or into a public building, someone else’s house, a different room, etc., but always a different environment.  That is what doors do whether literal or figurative.  Is there a door opening from this well known (at least we believe we know it) reality to a place of mystery?  And, is the mystery about all the scary things we can imagine, and hope not to meet in our familiar reality, or is it about those who no longer exist in this reality? When they die where do they go?  Is it just poof! And that is the end.  Or does all that life force come from someplace we can’t experience with our senses, and then return when it’s physical container is destroyed? Death itself is intriguing because we can't touch the world of the dead from the side of life as we know it. It scares, repels, and fascinates.

Fear is an indication of energy invested in the object feared.  Sometimes it’s justified but it is also frequently an indication of something valuable that is seen as a threat to an identity that has become too small.  After all we don’t fear the unknown, we fear what we think we know about the unknown.  It is the fear of something we don’t want to identify with or incorporate into our world.  Sometimes this kind of fearsome topic appears in dreams as thresholds we are afraid to cross or monsters that can’t be stopped or outwitted. But always it indicates something that threatens reality as we believe it is.  That is the source of titillation, repulsion and fear.
Posted by Marti Fenton White Deer Song at 3:56 PM