Autumn always brings up past lifetimes. I’m not referring to reincarnation, although I suspect that this one who wears a certain name over the decades is an augmented identity. Each segment of our journey is a mini-incarnation. If it involves a long trip, this becomes more obvious. I look at old photos of the beings with my name and personal history and notice that they now seem like strangers. Only the core continues on until something surprising comes up and flings me back to a previous chapter of the story. However, I don’t believe it’s truly an accident when I inadvertently open the life book to an almost forgotten page.

I recently came across some old pictures of PQ’s parents, Joe J. and Frances Suazo in the courtyard of the Adobe Inn one winter afternoon a long time ago. It was probably in 1993 or ’94. It carried me to those early months of my life in Taos. Between then and now utterly vanished. I could feel the cold still air and dampness of that winter day and all of my emotions as a virtual Taosena. I was becoming familiar with the daily trip to the post office, the arrangement of goods on every isle of Smith’s grocery store, meeting familiar faces at Café Tazza the only coffee shop in town, the muddy lane to our little casita on Upper Ranchitos, the old video store and the continuous uncertainty of where next month’s rent would come from. Supposedly our olfactory senses hold the longest most vivid memory. Maybe it goes back lifetimes. Back then the nights were very dark and in the black night, the smell of wood smoke took the modern
world away.

Added to the overall angst was the dreaded recognition that my emerging self was not compatible with the trajectory of the person who came to Taos with me. We began like two children excitingly exploring a new playground, and we hungrily devoured the local landscapes and cultures. Exploring was always something we did well together, but beyond the initial adventure, our partnership stumbled and fell.

Diane Dougherty’s (now Osburnsen) Adobe Inn was the locus of our/my social life. The future was as open and mysterious as the dark skyline of the great Pacific at sundown. I had no idea of the future, only that it was beyond time and sight. I was in a new, entirely different environment that seemed improbably familiar. I was surprised to be home after a life long wait. There were artists, famous, semi-famous and struggling, writers, world travelers, alternative healers, new agers, traditional pueblo people, local business owners, old timers from the days of Mabel and Tony Lujan, members of old Spanish families, and literally “doctors, lawyers and Indian chiefs”. Throw in real estate people and those left over from the hippy days. These last two aren’t as different as you might think. Hippies frequently metamorphosed backwards into realtors and gallery owners like butterflies into caterpillars.

As I explore the heightened reality of that experience, it dawns on me that Taos felt familiar because I experienced it with a self that had previously lived underground like a winter grasshopper waiting for spring. That was the true reason I moved to Taos and until that photo threw me into the freshness of discovery I was unable to paint it in concepts and words. Alas, I nearly forgot it. 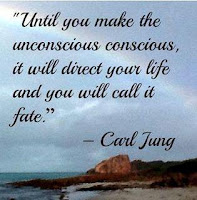 Looking back, I see nature at work. For my entire previous life, I tried to fit the circumstances and environment. I found livable environments here and there but something important was always out of sync. I was hungry for a particular light. I would not have been able to name what it was and whenever I came to a near match, I flew as close as possible to its dim light. I was habituated to making do and was oblivious to it. If you’ve never worn a comfortable shoe, you don’t expect to find one but, nature inside as well as outside always knows the difference.

Yesterday on the way to Arroyo Seco, there was a special light on Taos Mountain revealing a rock formation that in twenty-four years I’ve never before noticed. It was slightly to the east of center and perhaps two thirds down, a straight vertical escarpment of sharp jagged stone that clearly stood out from its wooded surroundings as though placed there during the night. Am I ready to see what I assume to be familiar with different eyes?

Sometimes a breeze, the temperature of the air or a sound in the distance pulls me backward into one of my earlier lives. I’m not talking about life in a different body although I’m not sure there is a great difference. I have experienced many lives in this one body and yet the body has also transformed through the years and the being I presume to call me still claims ownership. Perhaps it is only the chain of linked memories that allows recognition of a self through the many layers of one life. There is also a mysterious observer peering at the world from inside with a record of experiences that are private and unique. Today, a cool breeze and a particular still light proclaim that summer is slipping away. It evokes a tang of sadness, a delicate needle in the heart called forth from this unique time in personal history.

Early September scenes flash by complete with sky, earth, sound and scent, the cool smoothness of a season’s change. Next, I am at my last house in Denver beginning my afternoon walk through the neighborhood. Trees line every street, tall old American elms and blue spruce. The sidewalks are very old and the houses carry their age grandly. This neighborhood dates to the 1920’s and earlier. Perhaps I’ll walk a few blocks to the big City Park and howl at the wolves in the zoo. They howl back and I feel connected to a world that we both yearn for. Then further back to my childhood home riding my old pony Shorty through country neighborhoods that no longer exist. My dad bought Shorty for forty-five dollars. He was old but still spirited and he had secrets from the past. I accidentally learned while grooming him that he knew a number of tricks and poses. Next is the memory of autumn in my first Taos home. I drove through that neighborhood this morning to avoid downtown roadwork. It is lush; with mysterious tangles of greenery so deep, you can only penetrate them with your imagination. The next scene is this home where I live now. I had just moved here in August ten years ago but already planted flower seeds and shrubs. I bought my first ever patio table and chairs sitting there after work with a glass of wine watching the gorgeous late summer clouds that seem as solid as the mountains they frame, but I feel sad because summer is dying. In life, I’m late to arrival, and my summer is also fading fast.

The sound of our neighbor’s wind chimes takes me immediately to our life in Cottonwood Arizona. Our friend Carol has wind chimes that transport me to a space without time. There is no beginning or end, just the chimes and the sound of mourning doves as late afternoon moves in. Then I conjure the little house we had in Cottonwood. It is five years now since we left that house but I can still feel the air, the light in afternoon and then scenes pop up of walks into the old part of town. There were afternoon hikes on our favorite trails among the red rocks of Sedona when the air was still and it seemed that we had the red dust trails to ourselves shared only by the lizards, and birds.

Now I’ve unleashed a flood. Layer upon layer of early autumn memories rush by like a fast-forwarding film. The emotional upsurge of speeding memories takes my breath away. Perhaps the emotions are so intense because I am in my own autumn season. While driving my stepson to work this morning I fell in love with Taos again. Everything was stunning but quiet with the grand mountain, sun piercing through openings in the perfect cumulus clouds lighting the fields of yellow wild flowers at its base. Why is anything this beautiful so temporary. I must record every sunflower, cloud, tree and shadow to memory. I think autumn is moving in early this year. There are patches of gold on the old cottonwoods and the air is tinged with sharpness vexing the sun’s dominance.

The earth and sun both dance to a rhythm they share, but it seems that we humans are always pushing against natural rhythms. Perhaps numbed by familiar habits of culturally grooved perception we no longer notice the discomforts and contradictions in agreed upon reality. For some time I’ve felt that, everything is in flux. We are living in a cosmos in progress. There is no timeline between first and last. Time evolves with its subjects. Perhaps there was something like the Big Bang that launched creation but that doesn’t answer the question of what creation is. It is not possible for the created to understand completely its source, but we can participate. The best we can know is that we are a tiny, low-resolution version of a piece of the great hologram. As such, I feel a soft assurance.

An absurd presidential campaign reveals a flawed system on the edge of transformation and, we are so new that judgements about the future are sure to leave out portent signs of change. The powerful destructive force of the elements, wind, water and fire show us that we are not in control of our earth home but tools and participants inwardly as well as outwardly shaped by cosmic forces of destruction and creation. We are new here and the mud from which we are shaped is still damp and malleable.

We earthlings are on a ride and we make our vehicle as we go, its flaws and strengths revealed by the demands of the journey. This week I see nothing and know nothing. All of my carefully constructed beliefs and ideas seem very inadequate, a glass canoe facing the rapids. This is not the first time I’ve run out of knowledge or perceptions of what I should know. It leaves me feeling naked in a hurricane but sometimes the environment needs clearing for another go.