The election is over and so is Halloween. I wonder why I thought of them in the same sentence? However, this is how I write. Seldom do I know what I’m going to write about until I start typing. I paint the same way. No matter how much prep work I do, the images that want to be painted take over. I’m not implying that there is some kind of divine revelation, its more that my unconscious side takes over and I get to learn what is really going on under the surface.

Right after the election, everything seemed to go quiet, I mean supernaturally quiet, as if the end of the world had happened and I missed the news. Although I didn’t want Trump, I was never really pro Hillary. I’ve never felt so uniformed about what was really going on beneath the candidates’ public personas.  There is now a national disconnect from reality and for some unknown reason, I feel okay about it. Maybe this is because I don’t think we are in for whatever we may have believed to be the inevitable results depending on our individual orientation. Sometimes things have to go wrong before we can look at what might be right with an unbiased mind. What I’m trying to say is that most of us have no idea who is behind the scenes  pulling the strings to make us dance.

In a love relationship, especially when we are young, we project the things we don’t know about ourselves onto the other person, both good and bad. Actually, the sequence is first good and then bad.  Sometimes disillusionment is exactly the right experience.  The trick is not to stop with bitterness and cynicism. After the tantrums and grief, the real revelations can begin. We would all be at our best if we did a restart with the “beginners mind.” 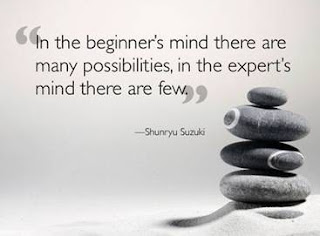 Many things are possible. I can fantasize that Hillary will free herself from the trail of politics and find a different style of service. As things are now, a woman has to take on the persona of male leadership. Perhaps she will find a more befitting path to service.

Donald’s win seemed disastrous to peace and progress, but things are often something other than what they seem. The absurd fight between parties has stalemated the flow of progress. After talks, contentious arguments and name-calling, nothing changes. Let’s see what happens now.

I don’t find either side believable, “Let’s make America great again” or the belief that we have taken the first move in the end game.  End games happen over and over in history, and I don’t know what would make America great. America is a section of earth with lots of people on it, and it has yet to become the United States.  It isn’t a god, at least I hope not, and doesn’t justify worship.  I saw a demonstrator's sign on the news that said, “Let’s make America kind again.” I’m not convinced America was ever kind without ulterior motives but it’s a much finer goal. Greatness has historically involved a lot of intrigue and bloodshed. It’s quite likely the real road to healthy change is not on any existing political path.

There are many empty slogans and claims.  We can make assertions for our country that would be intolerable in an individual. “Leader of the free world” and, “the greatest nation on earth” being two of them. It was not very long ago that Britain claimed similar titles. I’m not repudiating that America wields a lot of international power, but power trips tend to end badly, and it is morally wrong for its people to be sacrificed to a country as if it were a god.  Perhaps we haven’t yet moved as far beyond the worship of our leaders as we believe. Agnosticism is a good option here. Personal freedom is hard work and requires courage and rigorous self-examination. This may be a social evolutionary step that Americans will be challenged to develop.
Posted by Marti Fenton White Deer Song at 4:55 PM 2 comments: