HOW TO FIND HIDDEN KNOWLEDGE

This is love: to fly toward a secret sky, to cause a hundred veils to fall each moment. First to let go of life. Finally, to take a step without feet.
------Rumi


Secret societies are not necessary for hiding advanced ancient knowledge considered too dangerous for naïve minds. In most cases if the recipient is not ready to 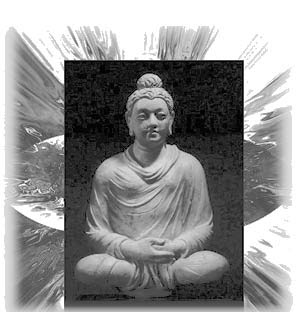 receive it there is no way it will stick in his/her mind. Most hidden knowledge is actually hiding in plain sight. It will simply slide “like water off a duck’s back,” as the saying goes. It seems to me that the only time secrecy is truly needed is when it is the evolutionary time for a revelation or major spiritual/social upgrade to emerge and those in power are threatened and consequently attempting to prevent it. It never works but they always try and the results are generally bloody.

Many advances in consciousness are completely lost to most of the public because they haven’t got their perceptive tools honed to receive it. They are still conceptually supporting an outdated paradigm. Habit is very powerful. As Einstein said, “it is impossible to solve a problem within the system of the problem.” Of course most of the time we are unaware of being within a conceptual system. Hidden ignorance is much more prevalent than hidden knowledge.

Nevertheless, I’m amazed at how quickly knowledge and social advancements can be forgotten after one generation. I’m sure it wouldn’t have vanished had it actually penetrated the outer layers of perception. I can’t help wondering if there is a formula for mass brainwashing. For those of you who can remember the enormous social and spiritual openings of the 70’s and 80’s of the 20th century it seems as if a magic spell of forgetfulness overtook the masses. I’m not saying this is a totally bad thing, however. Sometimes changes come too fast to integrate. Although many ideas and concepts that had been hidden for centuries came out in the open as if a long hidden door had suddenly become visible, many people where not emotionally or spiritually prepared to maintain these concepts or use them appropriately. The essence remained hidden.

The latest in communication technology is moving through our world faster than we can assimilate it. While the delivery system grows ever faster and more sophisticated the content seems to be more and more simplistic. Too much turns out to be the same as not enough if it is delivered faster than it can be processed. This may be the best way yet to control consciousness. Just deliver information so fast that it can’t be processed and it’s more effective, way more effective than censuring it.

I remember the power that a single idea in a single book had when I first began climbing outside the box I was born in. Now ideas come in so fast there is no time to integrate them. What if the real revolution comes as an entirely different way of processing information? What if we really do begin to look outside the box (sometimes literally a box shaped device such as TV, smart phone, or Computer). Maybe we will wake up and notice such contradictions as “fighting for peace,” and going to war to impose democracy by force on other countries. Although these terms are just rhetoric many people haven’t learned to recognize the contradictions because they choose to trust authority when it tells them their box is safe and righteous.

Most people on earth right now sense that major change is in the works with economic collapse, war, exposure of high level disfunction and deception, etc. But its very common to look for guidance and reassurance to ideas that are products of the very system that is failing. Nevertheless, there will always be a few people who fall out of a disintegrating box and find it liberating after the terror passes. It is for these individuals that genuine secret knowledge will become available. Not because they are on an ego trip, join a secret society, or are smarter than anyone else, but because the painted curtain covering the window of perception is torn and the world outside is revealed. It won’t come all at once because the curtain tears away bit by bit, but it will come.

If this knowledge fills you with the power of love and compassion it is truly hidden knowledge and it comes truly from the Creator. Authentic knowledge comes from the integration of head with heart and if the heart is missing you have been deceived again.
Posted by Marti Fenton White Deer Song at 6:53 PM